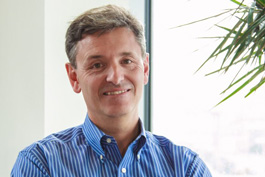 Davide is a former Microsoft Executive with over 25 years of sales, marketing and extensive product management experience. 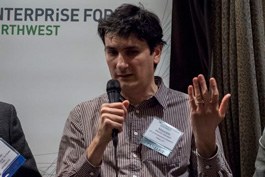 Maurizio is a former software professional with over 20 years of experience, who got the entrepreneur bug and is having the professional time of his life.

Former President and COO at Microsoft Corporation and three-time CEO and tech executive in the Bay Area, Belluzzo sits on the Sensoria Board of Directors as independent director.

He co-founded the Southern Arizona Limb Salvage Alliance (SALSA) and has produced more than 415 peer-reviewed research papers in more than two dozen scholarly medical journals as well as over five dozen book chapters and is co-editor of the American Diabetes Association‘s(ADA) Clinical Care of the Diabetic Foot.

Dr. Armstrong was selected as one of the first six International Wound Care Ambassadors and is the recipient of numerous awards by national and international medical organizations including the inaugural Georgetown Distinguished Award for Diabetic Limb Salvage.  In 2008, he was the 25th and youngest-ever member elected into the Podiatric Medicine Hall of Fame.  He is the 2010 and youngest ever recipient of the ADA’s Roger Pecoraro Award, the highest award given in the field.

Dr. Armstrong is past Chair of the Scientific Sessions for the ADA’s Foot Care Council, and a past member of the National Board of Directors of the American Diabetes Association as well as a former commissioner with the Illinois State Diabetes Commission.  He sits on the Infectious Disease Society of America’s Diabetic Foot Infection Advisory Committee.  In 2011, he was appointed Chair of the World Diabetic Foot Commission of the FIP, representing clinicians from more than 30 nations.  He is the founder and co-chair of the International Diabetic Foot Conference (DF-Con), the largest annual international symposium on the diabetic foot in the world.

Justin Schram received his medical degree at the University of Pennsylvania and completed Internal Medicine residency at the University of Washington where he won the Harborview Housestaff of the Year Award. He is currently an Attending Physician at Harborview Medical Center and Clinical Instructor of General Internal Medicine at University of Washington. In this capacity he frequently manages diabetic patients and participates in the clinical management of foot ulcers from initial loss of sensation to advanced stages requiring amputation. His management of chronic disease emphasizes the importance of taking a proactive approach to prevent disability caused by end-stage complications. He is serving as a clinical advisor to Heapsylon in recognition of the potential for remote sensor technology to play an important role in risk assessment and early detection of diabetic foot ulcers.

Johnny is the Director of Podiatric Medical Education of the Veterans Affairs Medical Center in Seattle. He received his medical degree at the Temple University, Pennsylvania College of Podiatric Medicine. He holds a BS in Biomedical Science from the Texas A&M University and a degree in sports medicine from the United States Sports Academy. As a VA podiatrist he frequently manages diabetic patients and participates in the clinical management of foot ulcers from initial loss of sensation to advanced stages requiring amputation. His management of chronic disease emphasizes the importance of taking a proactive approach to prevent disability caused by end-stage complications. He is serving as a clinical advisor to Sensoria in recognition of the potential for remote sensor technology to play an important role in risk assessment and early detection of diabetic foot ulcers.

Trevor is a retiree, apart from running his two companies, and writing two books and a screenplay.
Author of Three Simple Steps (NY Times Bestseller 2012), Trevor was founder and CEO of QOL Medial LLC, a specialty pharmaceutical company started in 2002 with a few thousand dollars and sold in 2010 for over 100 million. In 2006 he founded ANU, a unique not-for-profit dedicated to developing low side-effect cancer drugs. Prior to this, he was VP Commercial Development at Ceptyr and Director Commercial Development at Orphan Medical. He has worked in the UK, Europe, and the USA with companies such as Biogen, 3M, and Lipha, and has won many industry awards, including marketing professional of the year.
He has an MBA from Durham University (UK) and a Bachelor of Science degree from the Royal College of Radiotherapy. He is also a graduate of the Royal Naval Academy, Britannia Royal Naval College.

For twelve years he was Vice-President of R&D at Novametrix Medical Systems, Inc. (Respironics) where he was responsible for the general and technical management of the corporate R&D division involved with the development of new non-invasive, spectroscopy sensors for analysis of respired gases and tissue blood gases. Prior to that, Mr. Mace served in various roles including co-founder and VP of product development, VP of Operations and Senior Engineer at a number of medical device companies within patient ventilation monitoring, cardiovascular monitoring and hemodialysis markets. He received his BEE and MS from Ohio State University, and has done additional post-graduate work at the University of Washington. He has 10 issued patents. Les Mace is a senior executive with a broad background in general management, strategic business planning, market research, technology assessment, product/market development, intellectual property, regulatory compliance, clinical trial coordination and manufacturing operations.